Legally Blonde, The Musical is based on the popular hit film of the same name starring actress Reese Witherspoon. This unique musical brought a burst of extreme energy to traditional Broadway fare. It was sponsored by MTV due to its exciting songs and fun cultural appeal. Reviewers were unanimous in their praise; "A MEGA HIT" - the Wall Street Journal, the New York Times acclaimed - "A NON STOP SUGAR RUSH OF A SHOW" and from Variety, "TRADES UP ON THE FILM IN INFECTIOUS COMEDY".

A fabulously fun international award-winning musical follows the transformation of Elle Woods as she tackles stereotypes, snobbery, and scandal in pursuit of her dreams. This action-packed musical explodes on the stage with memorable songs and dynamic dances. Equal parts hilarious and heart-warming warming, this musical is so much fun it should be illegal!

*members of the Actors' Equity Association 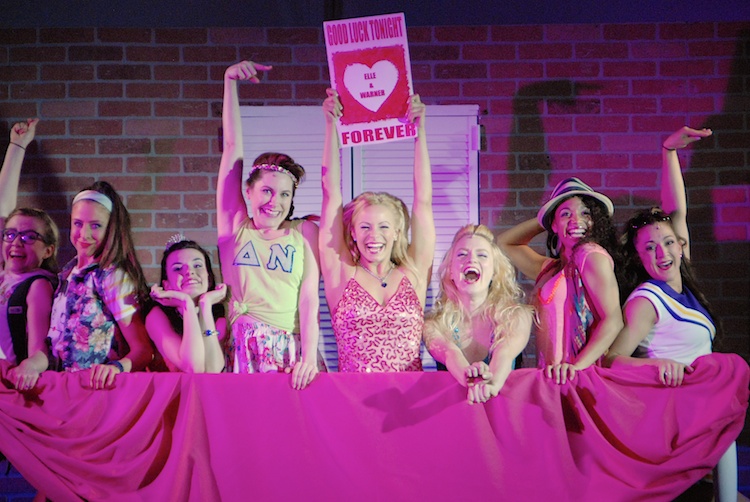 "...the delightful production of Legally Blonde: The Musical, directed by Allegra Libonati ... brings out the best in her performers, all of whom are beautifully cast and possess great enthusiasm and talent."

"A spot-on comedienne and a strong actor, Dombrowski (Elle) also dances with verve and has a terrific voice."

"Especially marvelous is Jodi Stevens as Paulette .. intelligent use of her mobile face, height and long limbs, stage presence and terrific voice, she creates a gorgeously unique character and nearly steals every one of her scenes."

"Every actor in the large ensemble sings, dances, and acts with terrific energy and professionalism."

"This production offers not only immediate pleasure but also reasons to think about the dilemmas of youth and identity much longer than one might imagine. The production's unexpected depth is largely due to Dombrowski's determination and sincerity, and to Libonati's wise understanding that in the best comedies, characters take their predicaments seriously, no matter how silly or frothy these predicaments might appear."

"Omigod! They've done it again! The Summer Theatre of New Canaan's production of "Legally Blonde, The Musical" is better than Broadway!"

"Director Allegra Libonati has not only assembled a stellar, multicultural cast and staged a perfectly-paced production but Doug Shankman's inventive choreography has elevated the energetic chorus numbers to stand-up-and-cheer level."

"Filled with vitality and joyous from start-to-finish, this show celebrates its bubbly ridiculousness with perceptive wit."

"If you want to just sit back and enjoy some "Omigod!" fun, then Legally Blonde is your piece of cake..."

"Dombrowski is all one could ask for in a clueless blonde who actually has a clue. She is lithe, perky and completely engaging. Equally entrancing is Stevens as the boy-friend-hungry hairdresser -- she has just the right mix of moxie and insecurity."

"The 27-member cast sells the premise right from the start so, for at least two hours, the audience buys in."

"Under the direction of the mother-daughter team, Melody and Allegra Libonati, brings us a cutesy, sexy, production of 'Legally Blonde' this year."

"The young, firecracker cast ... is dressed in sparkling costumes and short-shorts designed by Lauren Gaston. There are numerous song and dance numbers and ... great choreography by Doug Shankman, it's hard to pick a favorite." 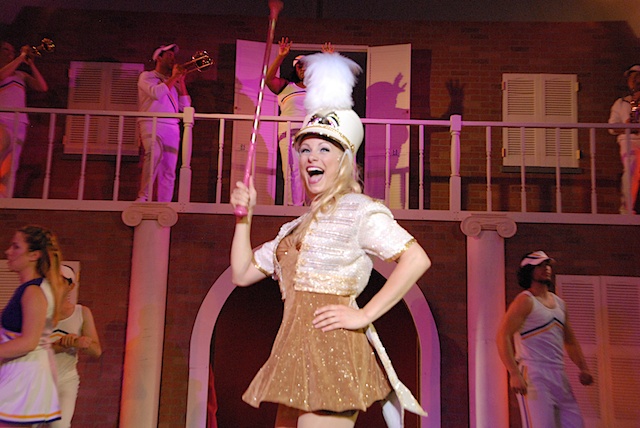