Egotistical leading man, director, and producer Fred Graham is reunited with his ex-wife, Lilli Vanessi, when the two are forced to play opposite one another in a new production of Shakespeare's Taming of the Shrew. The battle of the sexes continues onstage and off, as it becomes clear that, as much as this couple profess to hate each other, they are also still in love. Alongside their bickering liaison, the show’s supporting actress, Lois Lane, supports her gambling boyfriend, Bill, as he attempts to evade the the clutches of local gangsters.

Throw in a number of cases of mistaken identity, the mob, and comedic routines into the mix and you get Kiss Me, Kate -- a dazzling Broadway classic that earned the very first Tony award for Best Musical.

Show features Cole Porter’s iconic Broadway songs such as Another Opening Another Show , Brush Up Your Shakespeare , Vunderbar, In My Way, I Hate Men, Why Won’t You Behave. 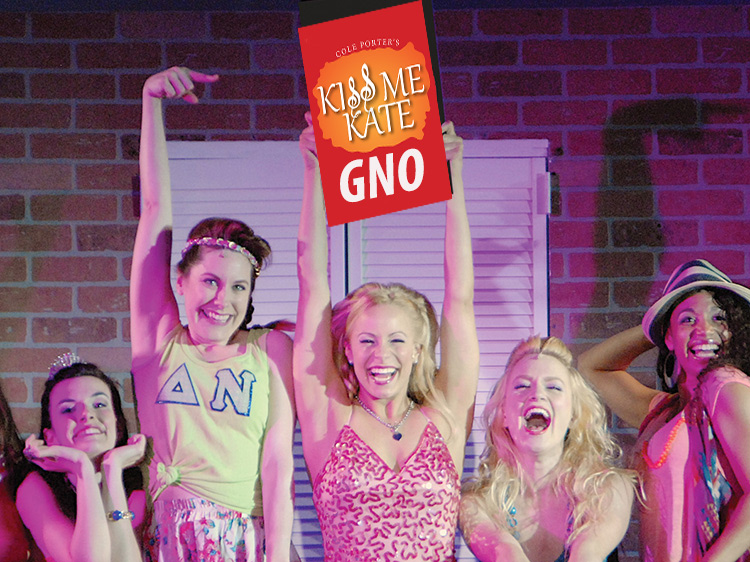 Girls Night Out at Kiss Me Kate

James V. Ruocco - Take 2 Entertainment Blog
"It comes from what's typically known as the Golden Age of Broadway musicals.
But there is nothing old, dated or dusty about Summer Theatre of New Canaan's glorious and sunny revival of Cole Porter's timeless musical classic "Kiss, Me Kate."
It sings.
It soars.
It dazzles.
It excites.
It tingles.
It contains moments of tenderness, warmth and dizzying joie-de-vire.
It bursts with wit and invention.
It unfolds with the magic and usurp of a three-dimensional, pop-up musical vintage songbook.
There's even a playful dancing donkey.
In short, what's not to like?
Everything about this production, which is staged inside a pristine-perfect tent in the great outdoors of New Canaan High School's Dunning Field back lot, is exactly right: the casting; the direction; the music; the dancing; the conducting; the orchestra; the costumes; the set design; the lighting design; the story; the dialogue."
Read More

Marlene S. Gaylinn - Freelance Theatre Critic, CT Critics Circle
SUMMER THEATRE OF NEW CANAAN (STONC) is serving up one of the most delicious productions of Cole Porter’s “Kiss Me Kate” seen in recent years.
Heading the cast of stars at STONC is Mary McNulty as Lilli/Kate and David Sattler as Fred/Petruchio. Their expressive voices compare nicely to recordings of the show’s original stars, Alfred Drake and Patricia Morison. The furniture flies as McNulty gives full energy to her solo, “I Hate Men” while Sattler delivers the witty, “Where is the Life I Led” with charming finesse. The music, sensitively orchestrated and directed by Kenneth Gartman is packed full of melodious, operetta-style songs. Among the favorites are “Wunderbar” and “So In Love,” magnificently rendered by the leads.  Read More

Bonnie Goldberg - Middletown Press, CT Critics Circle
SIT UNDER THE STARS FOR “KISS ME KATE”
"You can’t help being bowled over by this spectacular “wunderbar” performance. It’s too darn hot not to sizzle."
"Summer Theatre of New Canaan is offering up a dilly of a seasonal treat with Cole Porter’s lively and lyrical :Kiss Me Kate,” a highly entertaining play within a play, all set to music. From now until Sunday, July 29, Waveny Park in New Canaan under the big white tent will be bursting with song and kicking up its dancing heels as a divorced and still angry couple of actors are forced to interact on stage and behind the curtain. This is a revered Shakespeare comedy “The Taming of the Shrew” set in Baltimore in the late 1940’s and you’re invited to join the fun.  Read More

Zander Opper - Regional Reviews: Connecticut & The Berkshires, CT Critics Circle
Summer Theatre of New Canaan is currently presenting a mostly successful production of Kiss Me, Kate. With a score by Cole Porter and a book by Sam and Bella Spewack, Kiss Me, Kate is one of the most solid and enjoyable musicals from Broadway's golden age, and it almost always manages to work. Such is the case with this current production. If the first act feels, at times, a bit disjointed (though never less than entertaining), the second half is downright spectacular, with one showstopper after another, sending the audience out on quite a high.
Read More

Tom Nissley for the Ridgelea Reports on Theatre
Fireworks in Padua “Kiss Me Kate”
...The four leads arrive by donkey cart. And we are in Padua, at the house of Baptista (Bradley Mott). Hortensio (a beautifully frenzied Nicholas Cochetto) and Gremio (an adorably flexible Cole Francum) join Lucentio (Falter) in a spectacular round dance singing – “Marry Me!”

...“Brush Up Your Shakespeare,” a major highlight of the show. Watching it – loving it – one gets an idea of how complicated it is to pull in a cast for “Kiss Me Kate.” The routine has nothing to do with the plot, but everything to do with the crazy musical built around it. Alters and Silliman are superbly cast for this slapstick piece and deserve every bit of praise they get for it, including sure nominations for best supporting actors.

... members of the ensemble, whose stylized movements and dancing should earn a nomination for best choreography for Doug Shankman. Hearing Grant Benedict open “That’s Amore” or watching Zach Shayne or Joey Lucherini in their beautifully structured moves as “Shrew…” leads to a full appreciation of Allegra Libonati’s dexterity in directing “Kiss Me Kate” and how much bigger the whole production is than just the fighting between Fred and Lilli.

...., the set (Julia Noulin-Merat) works well and is handsome... Devon Allen’s lighting is excellent ... Arthur Oliver’s costumes work well.  The musical direction (Kenneth Gartman) of the live but invisible orchestra is magnificent, and the quality of the voices by the whole company is superb. Doug Shankman’s choreography, strictly original to this production in every scene, is just over the top! Teamwork shines."

I liked it. I recommend it. 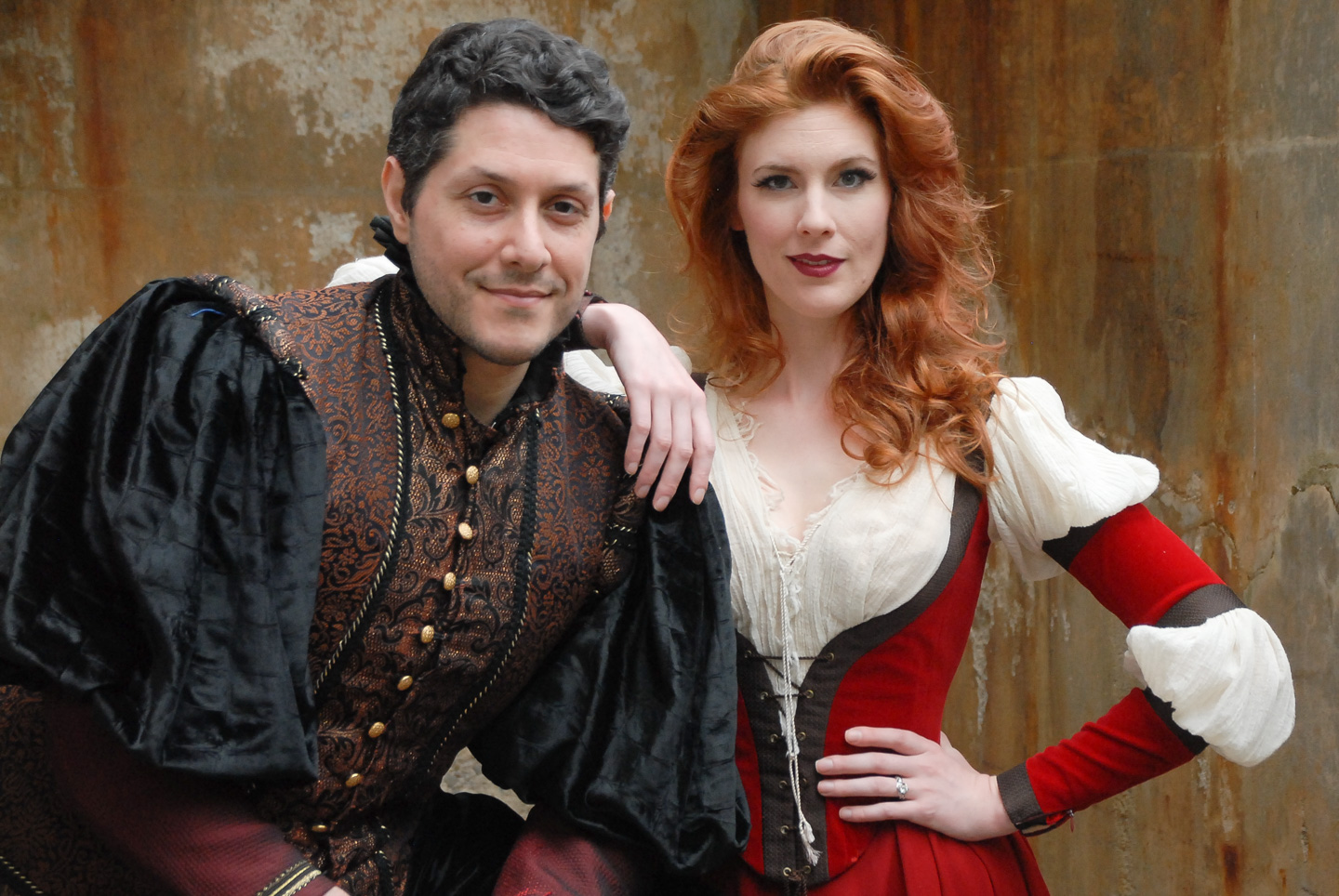 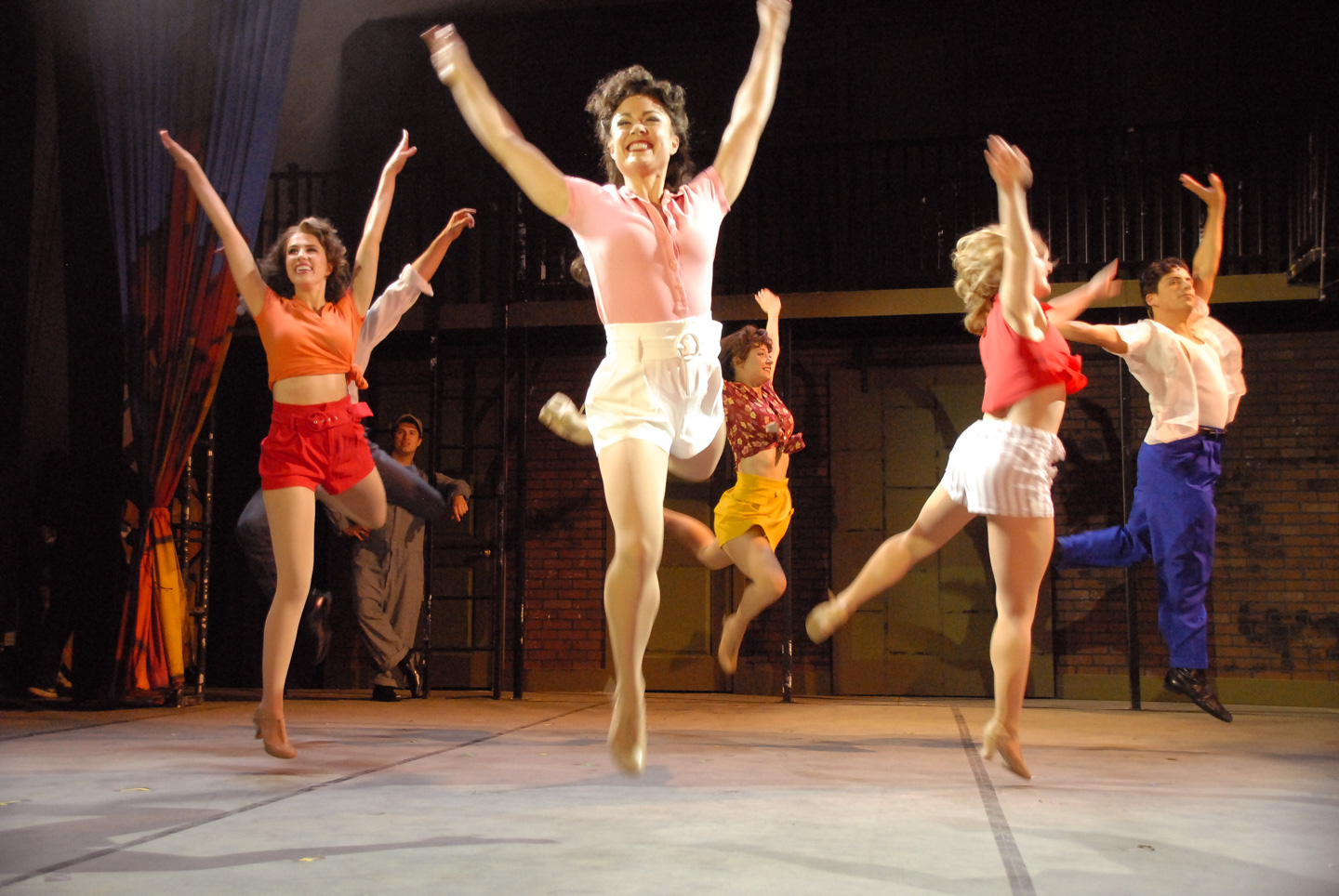 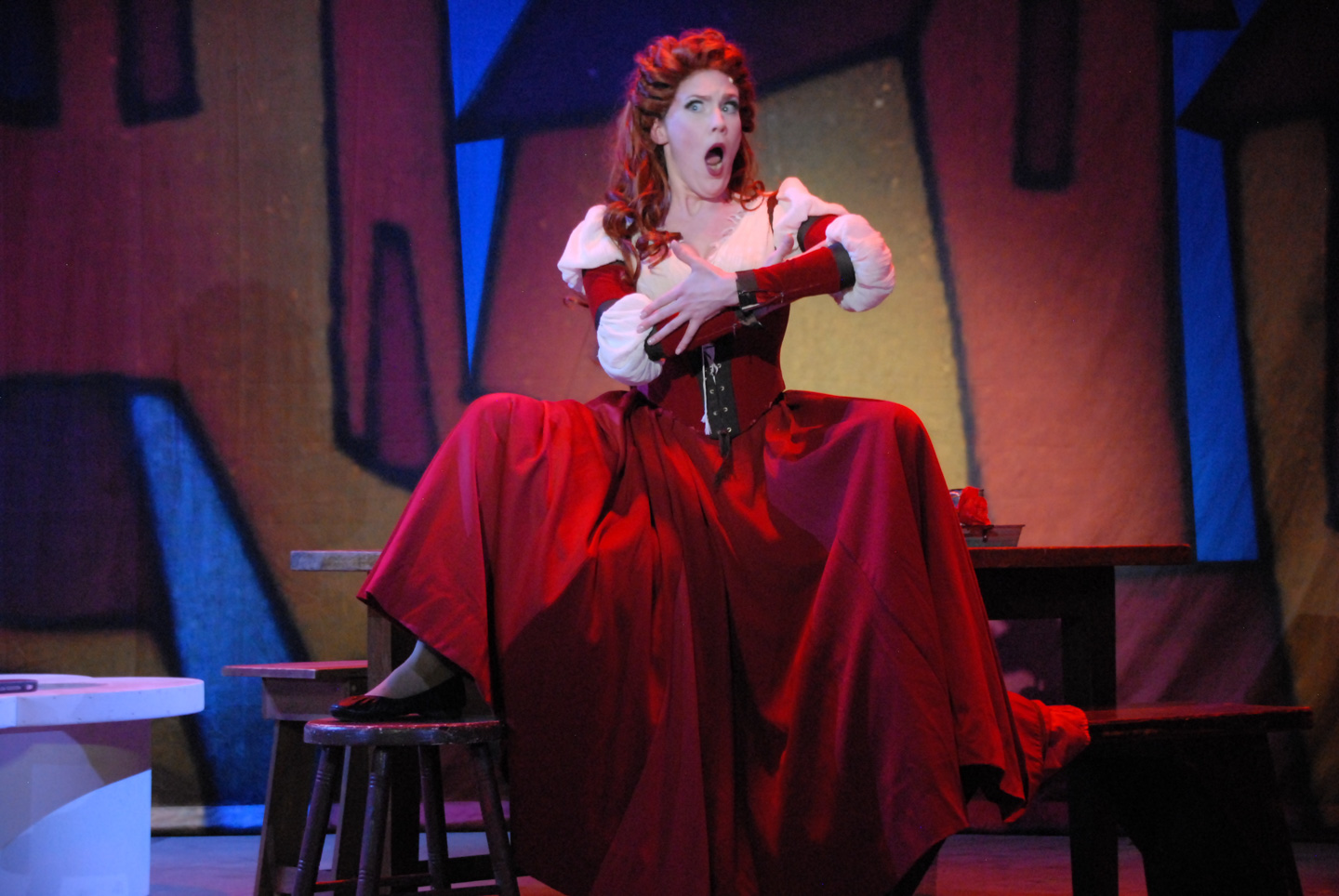 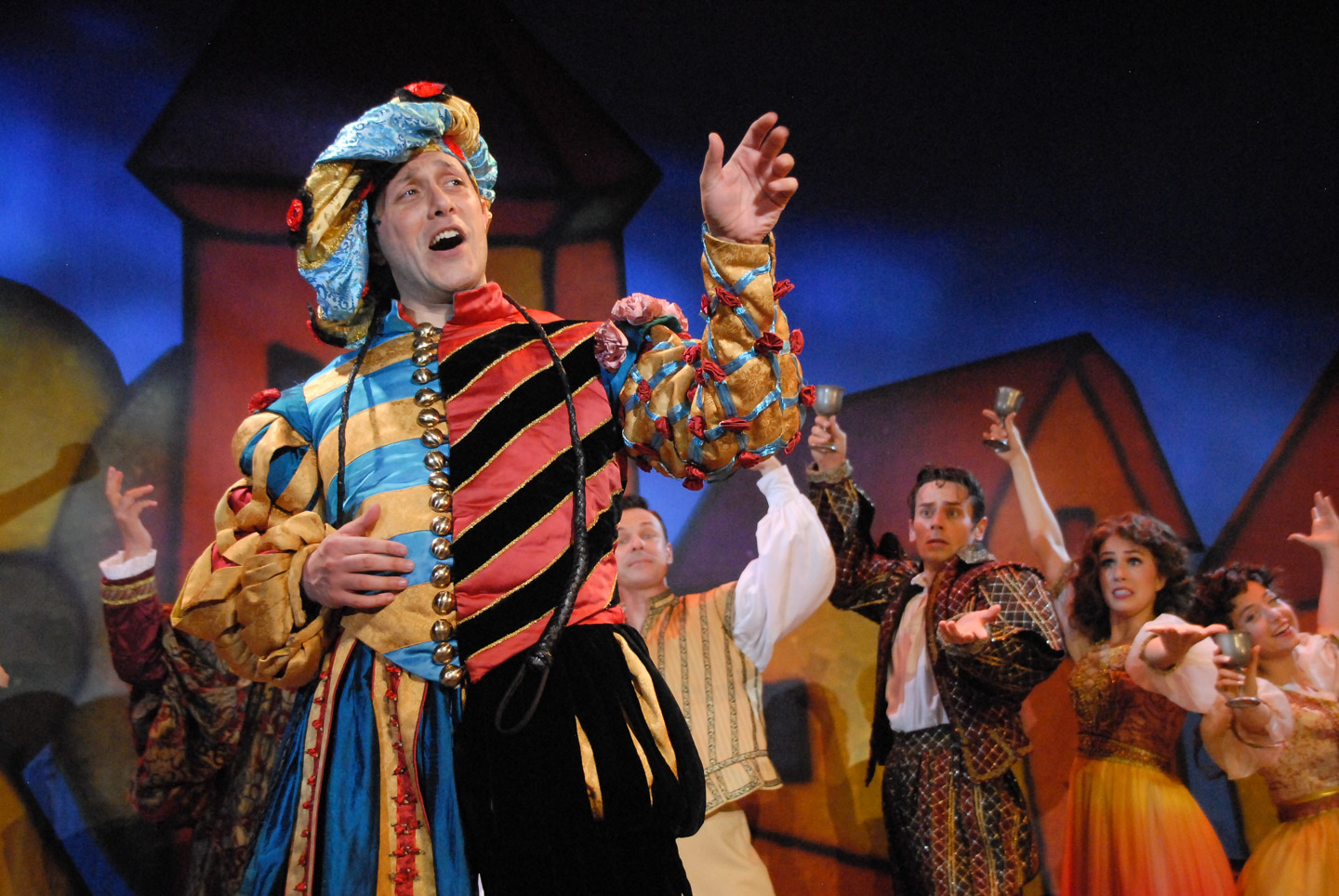 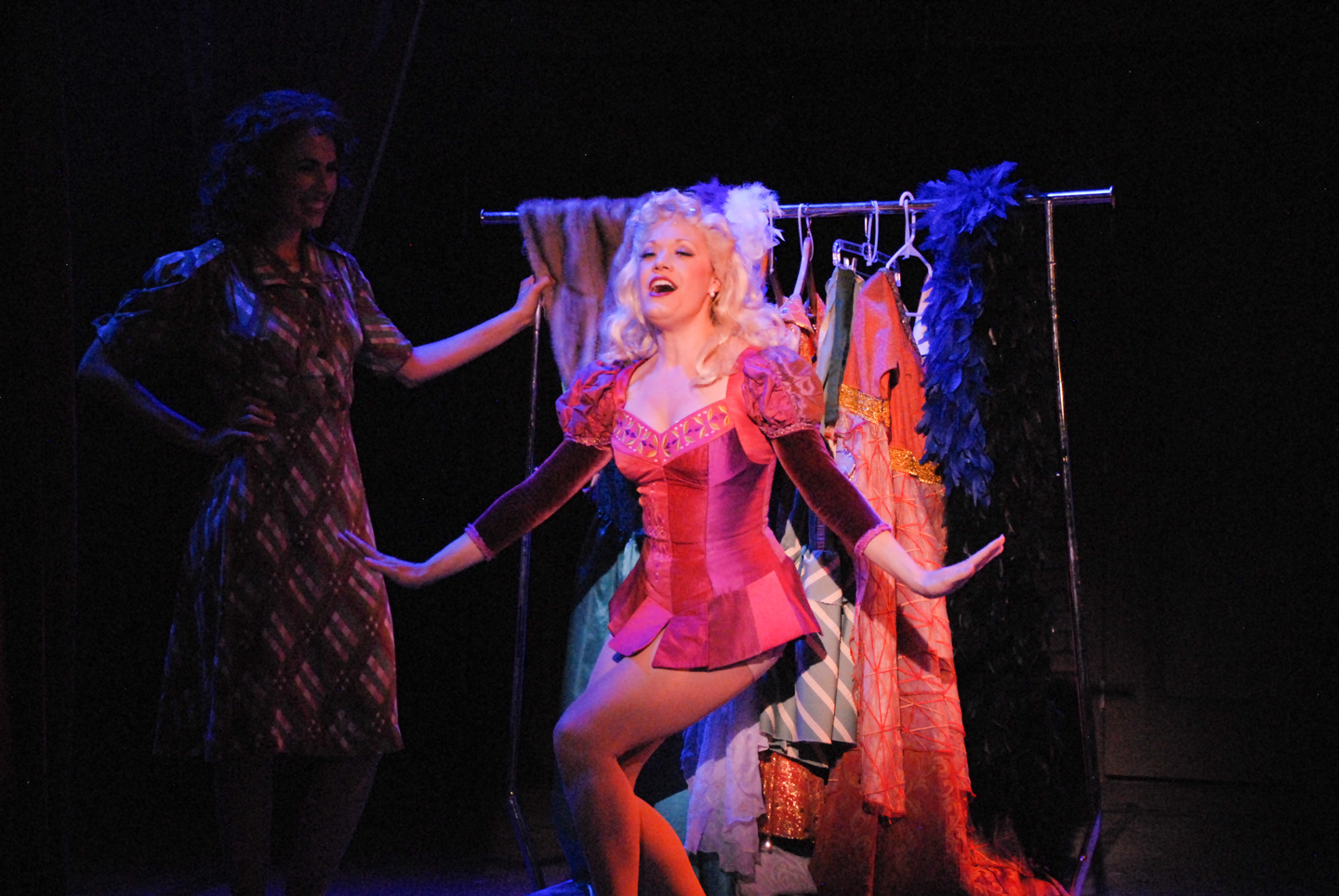 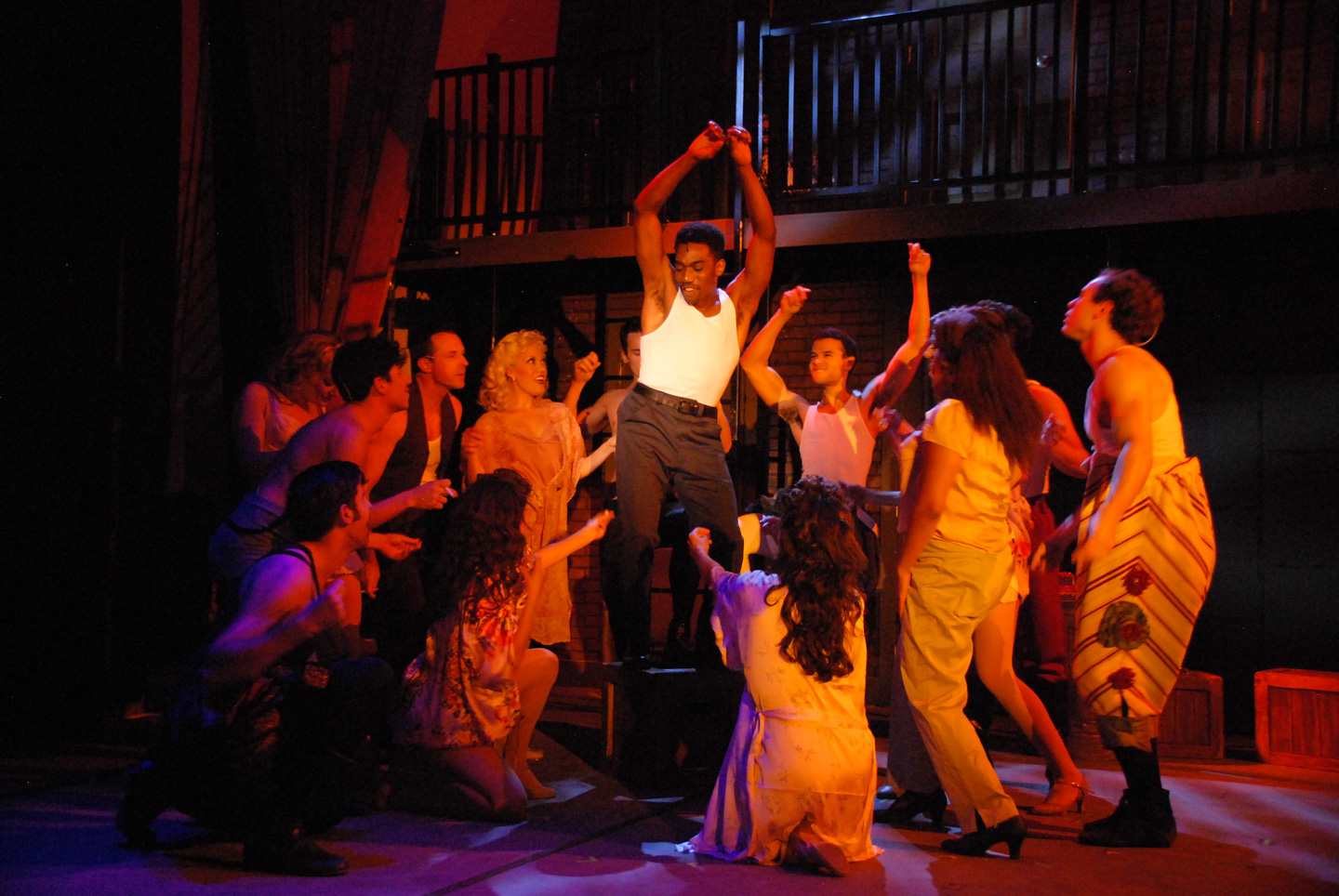 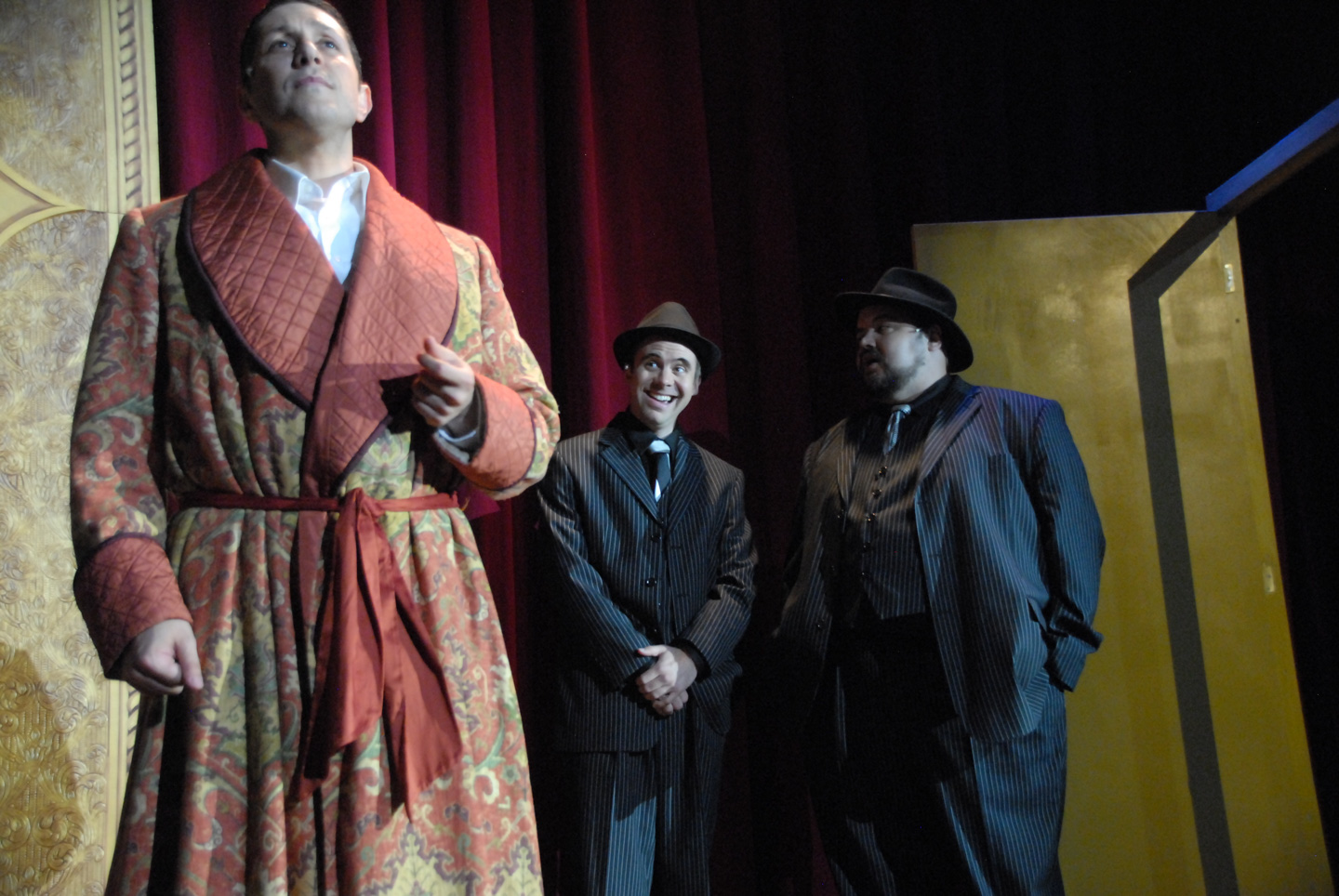 New Canaan, Conn., May 27, 2018--The Summer Theatre of New Canaan (STONC) celebrates its 15th  season delivering professional theatre to Connecticut audiences with a production of “Kiss Me, Kate” on its main stage at  Waveny Park. In addition, STONC will debut a free, limited-run performance of  “The Complete Works of William  Shakespeare”  in downtown New Canaan’s  Christine’s  Park, in conjunction with the New Canaan Library.

Founded in  2004  by Ed and Melody  Meitrott  Libonati, STONC  has become recognized as one of Connecticut’s premiere summer theatres featuring award winning musicals, quality  young family theatre and education programs.  The 2018 main stage  production will be Cole Porter’s iconic Broadway hit musical, “Kiss Me, Kate,” featuring Mary McNulty, Tim Falter, Rachel  Maclsaac  and  David Sattler.  A “show within a show”, the story involves the  back-stage  production of a musical version of William Shakespeare’s “The Taming of the Shrew” and features elaborate choreography and  Cole Porter’s great show tunes  including, “Another Opening, Another Show,” “Too Darn Hot,” “Brush Up  Your  Shakespeare” and other classics.  Performance begin   June 28  and run  Thursday-Sunday through July 29.

New this summer, STONC will be presenting free professional theatre in downtown New Canaan’s Christine’s Park featuring weekend performances of the hit comedy “The Complete Works of William  Shakespeare  (Abridged)(REVISED)”, in  association  with the New  Canaan Library. Three  comic  actors weave their way through all 37 Shakespeare plays in 97 minutes in an irreverent, fast-paced performance that will leave audiences breathless and helpless with laughter. Performances will run on Saturdays and Sundays from July 15-July 29.

“We are proud to have  become one of the premier summer theatres in Connecticut contributing to the quality arts scene in Fairfield County for the past 15 summers,” said Ed Libonati, executive producer of the Summer Theatre of New Canaan. “This summer, we have expanded our season to include 5 shows on 2 stages running in repertory over a 6-week time period. There will be something for everyone!”

On weekends this summer, STONC will feature three Theatre for Young Audience (TYA) shows including a series premiere of a newly commissioned production of “Peter Pan" created by the Chicago creative team Bros Do Prose. This new adaptation of the Peter Pan story features two actors who play all 20 roles. Other TYA shows include the Pasek & Paul musical of Roald Dahl's “James and the Giant Peach” and the new clowning mime show “Balloonacy.”

Tickets, showtimes and more information can be found at  www.stonc.org.

About the Summer Theatre of New Canaan: The Summer Theatre of New Canaan is a not for profit theatre company that produces professional theatre for Connecticut audiences in the form of  Broadway musicals, Theatre for Young Audiences shows and  year-round  special theatrical events and award winning educational programs. Season performances are held in the state-of-the-art, all weather Tent Theatre located in  Waveny  Park, New Canaan .  STONC is now booking 2018-2019 school performances of its Theatre for Young America shows in the tri-state area.   STONC at 203-966-4634 or This email address is being protected from spambots. You need JavaScript enabled to view it.