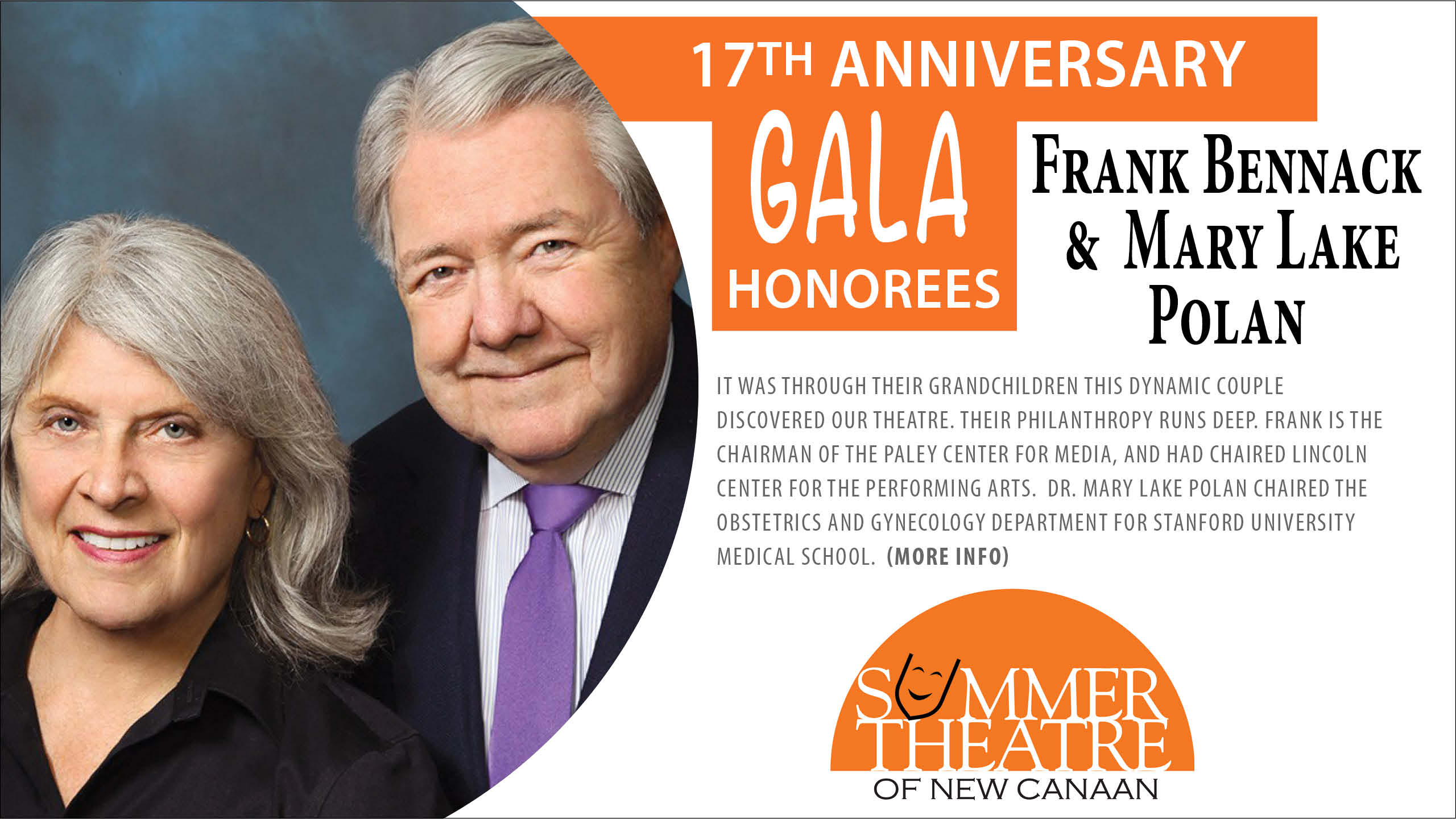 We first met Frank and Mary several summer seasons ago. They had taken their grandchildren to see one of our commissioned theatre for a young audience shows, The Adventures of Peter Pan.  It was a unique production because two actors played all the roles in the story.  Their grandchildren sang and danced songs and lines from the play for weeks following the performance. (We're still not sure who had more fun at the show them or the children).

Later that year, Frank and Mary approached us telling of their family’s enjoyment and if they could help support the young family theater program at the Summer Theatre of New Canaan. Their family foundation helped underwrite our theatre for a young audience (TYA) show touring to elementary schools across CT (of that very show). Some of the best reviews we received were from the students.  A 2nd grade student told us “it was the best show she had ever seen!”  Teachers, Principals and PTA mothers have asked us to return with a new show regularly. Thank you Frank and Mary!

The grandchildren continue to visit each summer and like many other families, Frank and Mary schedule their summer visits and vacations around our theatre shows.  It is their shared vision of philanthropy that creates the opportunities for non-profit arts organizations like us to connect families, children and friends through quality theatre in our community.

Frank is the Vice Chair of the Hearst Corporation and former CEO. On the philanthropic side, Frank was the Trustees Chair of New York-Presbyterian Hospital, Chair of the Paley Center for Media, and Chair Emeritus of Lincoln Center for the Performing Arts. Read more about Frank in his recent autobiography - "Leave Something on the Table".

Dr. Mary Lake Polan was chair of obstetrics and gynecology for 15 years at Stanford University School of Medicine and returned to the Yale School of Medicine faculty as a clinical professor of obstetrics, gynecology & reproductive sciences.  Mary Lake is an Emerita Trustee of Connecticut College and is currently a member of the Board of Overseers of the Mailman School of Public Health of Columbia University.  Recently, Mary and Frank endowed a professorship at Yale. It was inspired by the urgency they feel about combating ovarian cancer.

Frank and Mary's philanthropic efforts for the arts and medicine help both the soul and body of our community.  From all of us who have benefited from the summer theatre and its programs (including that estute 2nd grader),  we say to Frank and Mary,